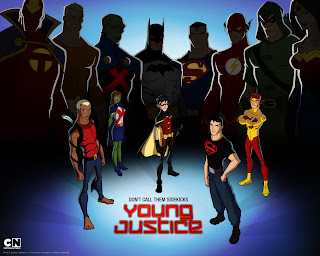 Here's a link to CBR's preview coverage of the new episode set to debut tonight on Cartoon Network here in the States.
Red Tornado appears in 5 of the 25 screen captures on CBR's site. It also looks like Speedy/Roy Harper has a bit of a role in this episode and someone who looks more than a little like Brick from Judd Winick's Green Arrow run. 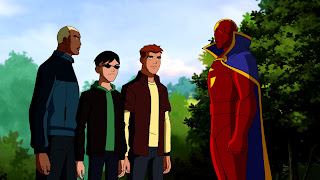 This is the first truly new episode of the series, and I'm truly looking forward to seeing where it takes the team and what role Red Tornado plays. I'm hoping he's more active than he was in Peter David's book of the same title, but at least he appeared somewhere during that time.

I'll pop back up at some point over the weekend to share my thoughts on this episode. In the meantime, you can read my thoughts on the Young Justice #0 comic that released from DC this week.
Posted by Doug at 7:50 AM