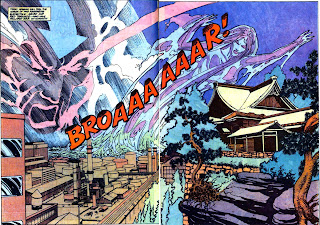 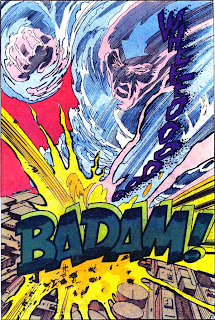 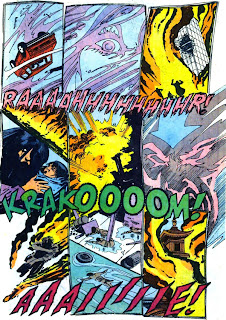 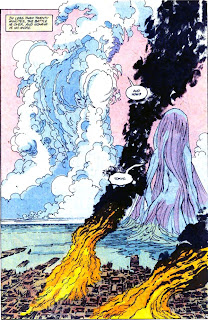 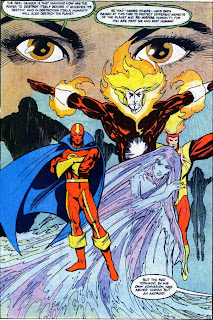 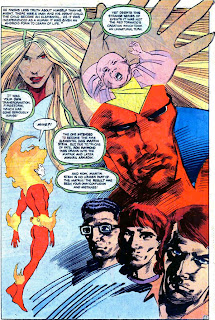 There's an asterisk in Maya's word balloon that doesn't have any creidt attached to it, so I'm curious as to what exactly it is that she's saying about Red Tornado and his beginnings. Those beginnings, as described here, seem to fly in the face of what was established shortly before in the pages of Justice League of America.
Naturally Red Tornado's continuing story goes elsewhere from here, but the next issue features a special moment between Firestorm and Reddy.
Posted by Doug at 6:56 PM